Hottie is free of the 4 known dwarf genes (N/N). 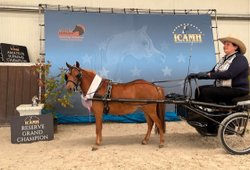 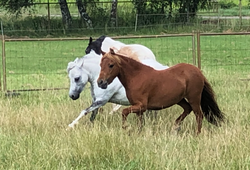 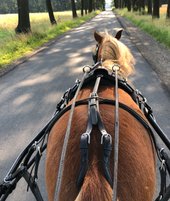 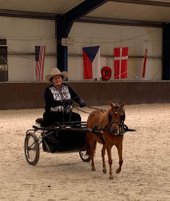 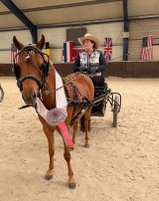 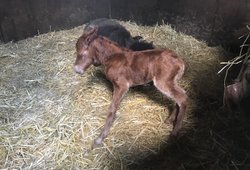 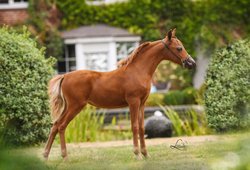 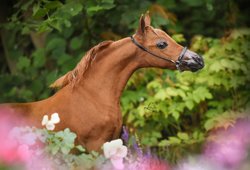 At the end of an afternoon this red fillie came into the World. She is the first foal of our so well-known mare Hopkins The Jokers Moonlight Ink. After 2 days I finally found the name for this oh so little, oh so refined fillie. IMH, short for Incredible Miniature Horses, Slick, the nickname of her Sire ERL Pattons Smooth Operator, Inks, after her Dam, Red Hot, as she is one red hot little flea, Dixie Chick, as she is pretty pigheaded.

So IMH Slick Inks Red Hot Dixie Chick is her name, or also known as Hottie. From the moment her nose stuck out, she was active. She stood rather quick, found the milk bar (nipples), defecated and started bucking around in the stable. So small, so active, so pigheaded, Red Hot Dixie Chick just had to be her name.

When she moves, she always has that little tail straight up in the air. She struts around.

At the age of 3 she started her driving career with Sabine van der Bellen. After three months of training, we are now making miles on the country roads.

July 9, 2022 we participated at the ICAMH Summershow. Judge was Margo Smith-Shallcross. Hottie achieved the following results during her first show: Champion Open Country Pleasure Driving Mares, Champion Open Country Pleasure Driving 32-34", and a nice Open Reserve Grand Champion title. A real great start. Now we continue getting her stronger as we believe that she can achieve even more.

Hottie is bred to SWG Crow Feathers a Kind of Art (Arthur) for a 2023 foal. 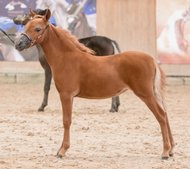 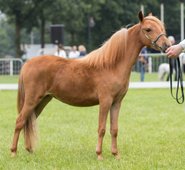 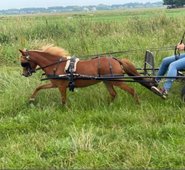 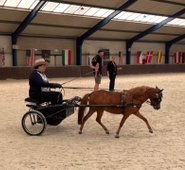 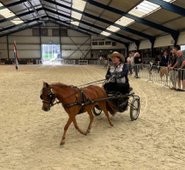 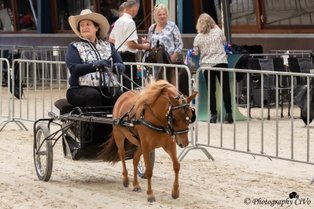 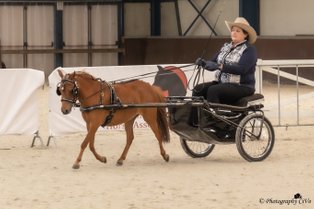 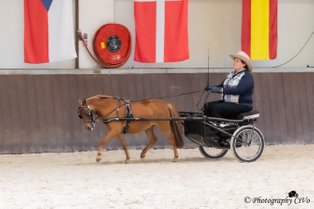