For all the results, years and places, click here 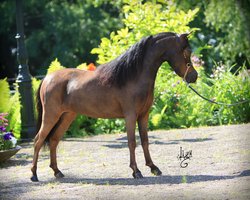 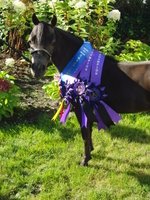 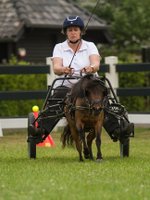 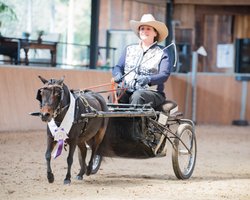 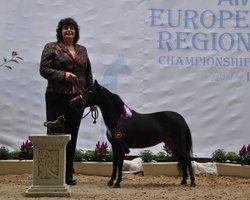 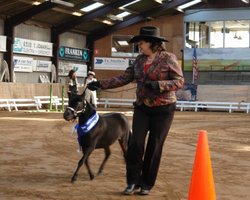 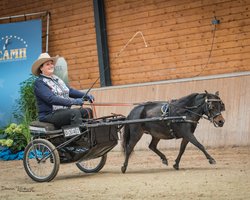 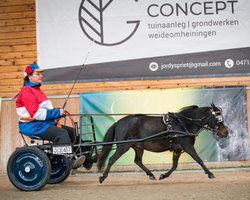 Babylonia is a small mare that has put her footsteps on the show circuit. This multiple Grand champion mare has so many titles that I made a separate page for it. Click here for all her titles.

Baby as I call her is a very nice mare to be around with in either halter classes or in the performance classes. That she has done this great is not strange when you check her pedigree.

Her Sire, Silver Plates Baccarra Sampson, was the first American Miniature Horse that obtained an ABOP-AA certificate in driving. Her Granddad at Sire's side is World Champion Little Kings Buckeroo Baccarra. Her Dam, Darmond American Sweetheart, is a multiple halter champion. So she had a beautiful pedigree which now is proven with all those results.

Her breeder is Juim Avelar Lopes de Freitas has bred wonderfull AMHA. I am greatfull that I could buy Baby from her when Baby was 1 year old.

Next to that there were a few others that contributed to the results and who I thank for their effort, such as Marije Rademakers, Joni Timmers, Cindy Voets and Anouk de Warle.

Babylonia has a correct conformation and is a great mover, but next to that she has an awesome character. She is a horse for all ages and has shown with adults and with kids or performed in front of kids in a show.

It is great to do a halter class, but most of all we love Showmanship. This as it is awesome to work with your horse, at which a mutual respect and confidence are of great importance. In a few months Babylonia learned the Showmanship from me. However this is not my achievement, but OUR achievement. From start Babylonia and I understood each other.

October 2017 Baby went in driving training with Jeanine Vermey, who did a great job and learned her the basics of driving. April 2018 Joni Timmers started to drive Baby for the shows and during that 2018 show season, they won a lot of titles. In 2019 I found the time to drive a show myself and we became 2019 AMHA European Champion Classic Pleasure Driving 32" and under, next to 2 Reserve titles.

2020 she stayed home as due to my health I could just show one horse at a time. Babylonia did not mind that and we went driving down the country roads in the neighborghood. And we keep on driving. 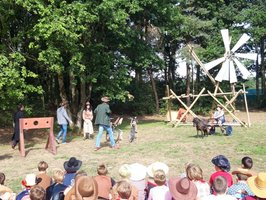 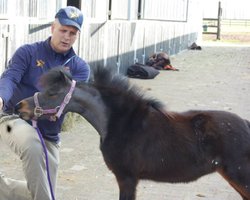 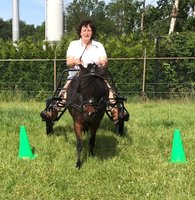