Free of all 4 known dwarf genes. 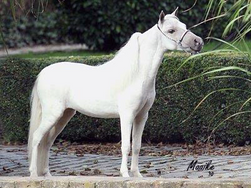 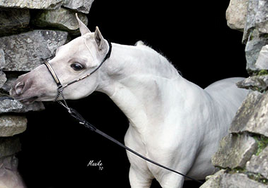 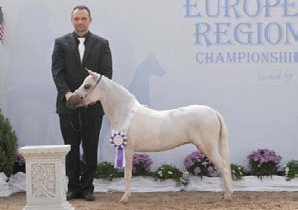 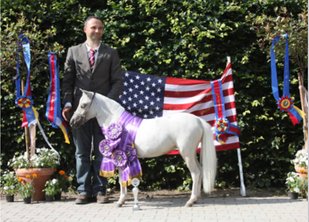 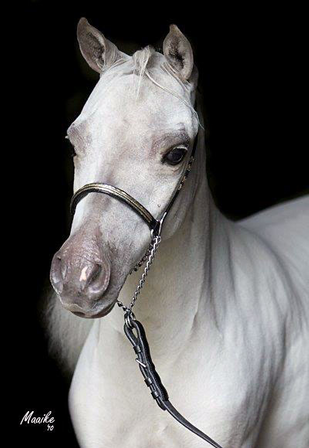 Very unexpected I run into Sky, who I know from the time that I started with American Miniature Horses. Her Arabic head attracted me immediately and with her movement you know that she is well build.

Sky has been bred in Sweden by Mijke van Ratingen out of 2 imported American Miniature Horses, and was born at the Modello Farm in France as her mother Grasscorners Emblems Elegance was sold in foal to Nathalie Modello. The Sire of Sky is the well-known Arions Destiny Gold Charm.

After her birth Sky was sold to Stal De Pintos from Guy Verhulst. There she had an amazing show career and won many shows. She is a multiple Supreme champion, multiple Grand champion and numerous times Champion.

After the shows she lived for several years at the D&D farm from Danielle van de Hoek in Germany, who had several colorfull foals with Sky. Just short time ago Sky was sold to Belgium to Mathieu Matton, but he did not have a click with her. So he decided to sell her.

Sky is a great addition to our herd. She is a palomino pinto that caries the silver gene. This makes her a true color producer. Sky is a 1st premium NMPRS mare. 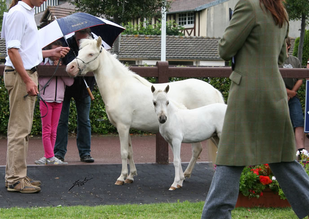 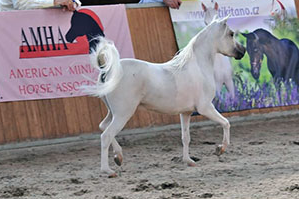 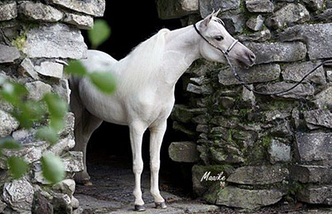 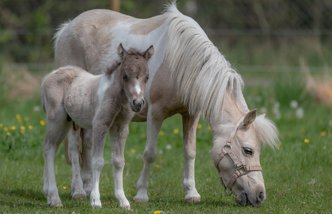